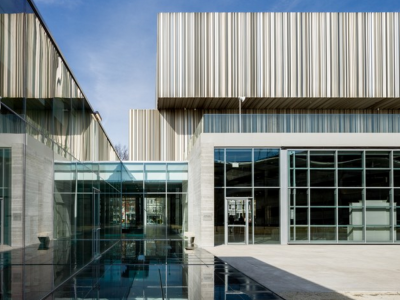 In our 2019-20 season, our Talk Cinema audience was among the first to see these great films:
Pain & Glory by Pedro Almodovar
Waves by Trey Shults
The Two Popes by Fernando Meirelles
And Then We Danced by Levan Akin
Portrait of a Lady on Fire by Celine Sciamma
The Truth by Hirokazu Kore-eda
The Talk Cinema April 15, 2020 and May 13, 2020 screenings did not take place due to pandemic.

During our 2018-19 season, Talk Cinema audiences were among the first to see these notable and award-winning films:
The Apparition by Xavier Gianolli
Border by Ali Abbasi
Shoplifters by Hirokazu Kore-eda
Stan & Ollie by Jon S. Baird
Capernaum by Nadine Labaki
All Is True by Kenneth Branagh
Ruben Brandt, Collector by Milorad Krstic
Photograph by Ritesh Batra)

Be first to be entertained!

Previously the Talk Cinema Louisville audience was among the first to preview such great new films as:  Rebel In the Rye, by Danny Strong,  The Florida Project by Sean Baker, Lady Bird, by Greta Gerwig, Tonya by Craig Gillespie, The Other Side of Hope by Aki Kaurismaki, Borg Vs. McEnroe by Janus Metz, and Back to Burgundy by Cedric Klapisch, A Man Called Ove, Moonlight, I, Daniel Blake, Toni Erdmann, 20th Century Women,  Land of Mine, The Commune, and Graduation.  Since 1992, Talk Cinema audiences have been among the first audiences in the U.S. to preview  such awesome films as Fargo, Secrets & Lies, The Crying Game, Pulp Fiction, Wag the Dog, The Ice Storm, LA Confidential, The Big Lebowski, The Apostle, The American President, Memento, Cider House Rules, Being John Malkovich, Erin Brockovich, Crouching Tiger, Billy Elliott, Gosford Park, Y Tu Mama Tambien, My Big Fat Greek Wedding, Amelie, The Girl With The Pearl Earring, Sideways, Borat, Man on Wire, Slumdog Millionaire, Rachel Getting Married, The Artist, 20 Feet From Stardom, Silver Linings Playbook, Locke, Blue is the Warmest Color, Ida, Nebraska… the list goes on and on.

"I pick films that are worth a serious look by a serious crowd into having some serious fun." - Harlan Jacobson, Founder, Talk Cinema