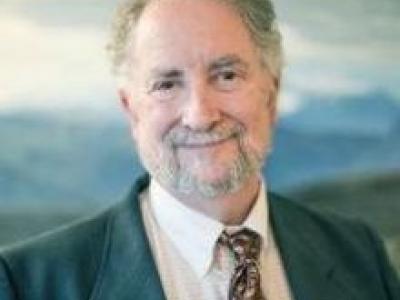 "I pick films that are worth a serious look by a serious crowd into having some serious fun."
- Harlan Jacobson, Founder, Talk Cinema

HARLAN JACOBSON covered the entertainment industries for VARIETY, edited FILM COMMENT and for 20-some years as a special correspondent covered major international films and festivals for USA TODAY. Over the course of his career, his coverage of film culture appeared in The Toronto Globe & Mail, The Philadelphia Inquirer, The Boston Globe, The New Democrat, Interview, The Village Voice, Rolling Stone, The Boston Phoenix, Frankfurter Allgemeine Zeitung, The Washington Post, and The Los Angeles Times. He has guested on NPR´s "Morning Edition," the CBC´s "The Arts Tonight," CNN and more.

JACOBSON’s interview with Michael Moore ("Michael & Me") for the 1989 film Roger & Me, appearing on the Dec. 1989 cover of FILM COMMENT, sparked the U.S. and European press to debate Moore's misrepresentations of fact and methods in the film and was widely hailed in the US (Pauline Kael, David Denby, The NY TIMES) and internationally. It prompted the Academy of Motion Picture Arts & Sciences to consider the nature of documentary. It has been taught in film and journalism graduate departments as a classic encounter between media.

Named film critic in 2010 for WBGO JAZZ RADIO 88 (88.3 FM), in Newark, New Jersey, Jacobson covers the international film scene for “The WBGO Journal,” with reports from film festivals around the world about films arriving on the scene in the greater New York-New Jersey metroplex. Jacobson was film critic for WFUV 90.7 FM Public Radio in New York for 15 years.

Since 1992, with his partner Susan Jacobson, he directs the national TALK CINEMA (www.talkcinema.com) screening and lecture series on critically important new films shown pre-release in locations around the US, including the BRYN MAWR FILM INSTITUTE. He served as the Artistic Director of the Philadelphia Film Festival in 2009.

An Ohio native, Jacobson lives in Croton-on-Hudson, NY with wife Susan Jacobson. They are the parents of three now grown children, Samson, Elodie and Blaise, who are bright and shining lights in their own distinctive ways.